The ocean is the most important global storage depot on Earth: it stores hundreds of times the heat and 50 times more carbon than the atmosphere and takes up more carbon than all the rainforests combined.

The North Atlantic Ocean acts as the most intense ocean carbon sink, including two key regions: the sub-polar gyre off of Newfoundland and Labrador (the Labrador Sea), and the subtropical gyre southeast of Nova Scotia. The North Atlantic Ocean is also particularly vulnerable to climate change – it is downstream from the Arctic and Greenland ice caps, and extremely sensitive to the strength/location of the Gulf Stream.

The magnitude and vulnerability of the North Atlantic sink make it a “sentinel region,” where ocean observations will provide major value for large scale assessments. Although there are existing ocean observation initiatives in the region, an integrated and coordinated international observing platform is missing.

A focus on a future, holistic Blue Economy, and strong ocean tech sector to provide autonomous platforms and sensors to measure ocean carbon leave Canada poised to lead a North Atlantic Carbon Observatory initiative that would include many nations.

The Ocean Frontier Institute has researchers with the expertise, the leadership capabilities and credibility, and the international stature, to be the catalyst and align international science and policy perspectives on ocean carbon. The Ocean Frontier Institute also has the capacity to develop and implement an internationally connected North Atlantic project, which would provide global researchers and policy makers with a clear dashboard on the health of the ocean carbon sink. 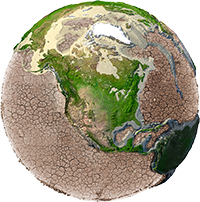