Mr. Davis coordinates the technical team formed by OFI to serve the oceanographic needs of OFI, Dalhousie, and external partners. Mr. Davis has managed scientific projects within Dalhousie University for over 20 years, including expeditions from the Arctic to the Antarctic. He was the project manager for Canada’s first automated research buoy system installed in Lunenburg Bay as part of the Centre for Marine Environmental Prediction. For the last eight years he has managed the underwater glider program started by the Ocean Tracking Network (OTN) and then enhanced by the Marine Environmental Observation, Prediction and Response (MEOPAR) Network of Centres of Excellence. He also is the technical team lead for MEOPAR’s Observation Core on the east coast.

Mr. Davis received his bachelor’s degree (honors) in aquatic biology from the University of Texas at Austin and his master’s degree in biological oceanography from the University of Texas with Dr. John Cullen as his supervisor. His research interests are primarily in bio-optical oceanography and phytoplankton physiology and ecology but of late has expanded to the use of marine robots to enhance ocean observation. 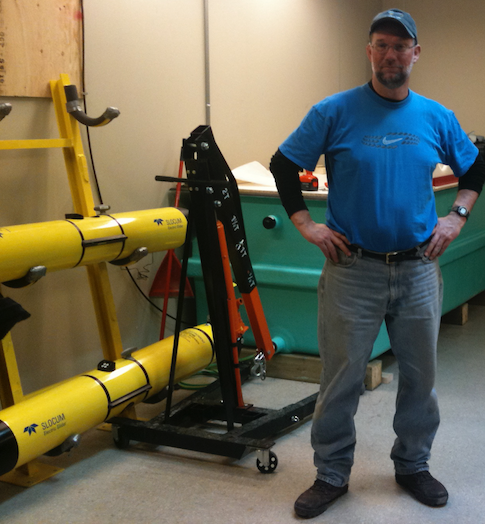